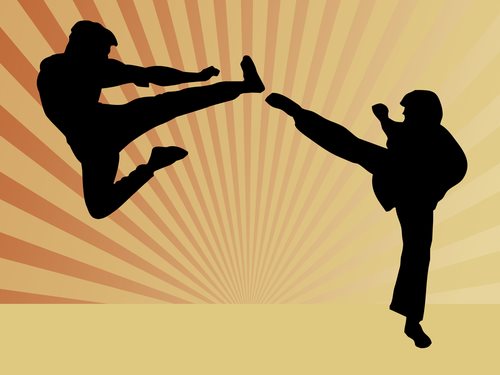 Who is Brandon Lee?
Born February 1, 1965, Brandon Lee was a martial artist and American actor. Brandon Lee was the of martial arts film star, Bruce Lee. Following in the footsteps of his wildly successful father, Brandon Lee had a promising start to his film career by starring in various action-fighting movies. As a result of his legacy and his acting ability, Brandon Lee signed a multi-film contract with 20th Century Fox.

When Brandon Lee was just eight year olds, his father died suddenly from a cerebral edema. Following his father’s death, his family moved back to the United States (from Hong Kong), where they lived in Seattle (for a short time) and Los Angeles. After co-starring in several Kung Fu movies, Lee landed the lead role of Eric Draven, in the movie adaption of The Crow—an underground comic book. Lee’s character, Eric Draven, was an undead rock musician who sought to avenge his murder and that of his fiancée. Unfortunately, Lee’s promising carrer tragically ended while filming The Crow.

The Death of Brandon Lee:

On March 31, 1993, while filming The Crow, the crew filmed a scene in which Draven walks into his apartment and discovers his fiancée being beaten by a group of thugs. Michael Massee, an actor, who was playing on of the film’s villains, was supposed to fire a pistol at Lee as he walked into the room. As a result of various delays in filming, the crew decided to make dummy cartridges (bullets that appeared real but contained no propellant) from real cartridges, by extracting the bullets, dumping out the propellant and reinserting the bullets. However, the crew neglected to remove the primers, so if fired, the cartridge could still produce enough force to push the bullet into the barrel—the gun took the effect of a squib load. At some point during the creation of these dummy cartridges, the live primer was unknowingly discharged by a crew member while in the pistol, leaving the bullet stuck in the barrel.

This malfunction went unnoticed by the crew and the same gun was later reloaded with blank cartridges which were used in the scene in which Lee was shot. When the first blank cartridge was ejected, the stuck bullet was propelled from the gun. This bullet struck Lee in the abdomen, lodging in his spine. When hit, Lee fell instantly causing director, Alex Proyas to shout “cut!” As lee remained on the ground, the cast and crew immediately realized he was wounded. Lee was rushed to the New Hanover Regional Medical Center; however, following a six-hour operation to remove the bullet, Lee passed away at 1:04 pm on March 31, 1993 at the age of 28.

Following Lee’s death, Proyas decided to complete The Crow. At the time of the tragedy, the majority of the film had already been completed with only a few scenes remaining. To compelte the film, friend and stunt double, Chad Stahelski, served as Lee’s stand-in. The Crow was released in May 1994 and became a hit, grossing over $50 million dollars.

Learn All About How Marilyn Monroe Die

Learn the Details of the Natasha Lyonne Drug Charges