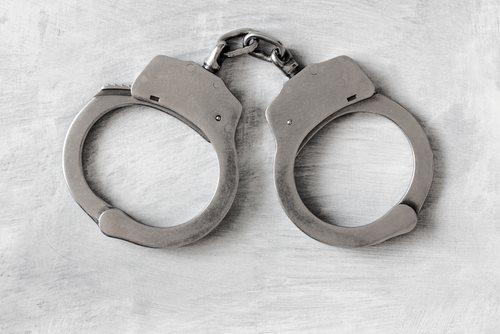 On June 11th, 2010, Rapper and member of the Hip-Hip community Kid Cudi – whose real name is Scott Mescudi – was arrested in New York City within the area known as ‘Chelsea’. Despite Kid Cudi arrested, he remains one of Rapper Kanye West’s prodigies in addition to undertaking vast musical collaborations and a budding acting career. Yet, upon the arrival of law enforcement agents following the report of criminal activity, Kid Cudi was reported to have torn an apartment door from its hinges and broken into that same apartment using physical force – after Kid Cudi had gained access to the apartment of the unidentified female victim later named as Kid Cudi’s girlfriend, he was reported to have forcefully obtained and destroyed her cellphone:

If these events leading to Kid Cudi arrested were not enough, law enforcement found a glass bottle with what they had believe to be an illegal substance; upon testing, the substance was reported to be liquid cocaine

However, the events surrounding Kid Cudi arrested did not mention whether the artist was intoxicated at that time

Law enforcement agents had Kid Cudi arrested, despite the fact that he had been scheduled to perform at the ‘Bonnaroo Festival’, which is considered to be one of the nation’s largest musical festival held annually in Tennessee; however, despite Kid Cudi arrested, he managed to attend the festival and perform

What Was Kid Cudi Arrested For?

Upon Kid Cudi arrested, the applicable charges filed included criminal mischief and the possession of an illegal substance. However, due to the fact that both parties – Kid Cudi and his girlfriend – allegedly reported the incident to be the result of a domestic dispute, the charges were dropped conditionally; while the criminal mischief charges would be dismissed from Kid Cudi arrested, Kid Cudi would be required to plead guilty to possession charges regarding the glass of liquid cocaine:

What is Liquid Cocaine?

Cocaine – even in its liquid form – is considered to be one of the most highly-addictive narcotics currently in circulation, which has been the cause of millions of deaths since its introduction to society. Cocaine can impair individuals’ behavior and demeanor, which typically results in criminal activity and violence. While the possession of Cocaine is considered to be a criminal felony; depending upon the amount discovered on an individual’s person – in addition to their individual criminal record – will determine the punishment; due to the fact that Kid Cudi was without any prior convictions, he was placed on probation.

Subsequent to Kid Cudi’s arrest, he was given mandatory community service, as well as a required meeting with a drug counselor; the events leading to Kid Cudi arrested also will place Kid Cudi on probation, requiring that he adhere to all legal statutes and lawful behavior. If you need legal advice and assistance, contact West Virginia lawyers.