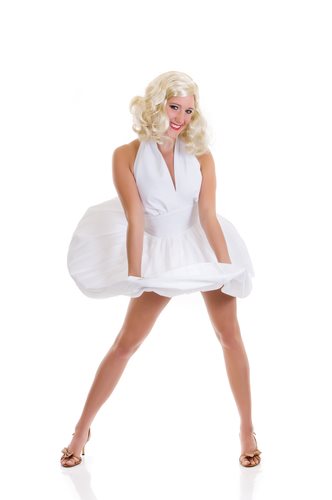 Who was Marilyn Monroe?

Marilyn Monroe, born in June of 1926, was an American model, singer and actress. Born Norma Mortenson, but baptized Norma Baker, Monroe spent the majority of her childhood in and out of foster homes. Monroe began her illustrious career as a model, which eventually led to a film contract in 1946. Although her earliest roles were minor, her performances drew praise from critics and various media publications. By 1953, Monroe had progressed to leading roles; her “ditzy blonde persona” was used to comedic effects in various films such as How to Marry a Millionaire and The Seven Year Itch. Monroe’s prestigious eventually dissipated as a result of illness, failing relationships and various controversies that took a tool on the legendary actress.

How Did Marilyn Monroe Die?

On August 5, 1962, Dr. Ralph Greenson, Monroe’s primary psychiatrist, phoned LAPD police sergeant, Jack Clemmons at 4:25 AM, to inform the officer that Monroe was found dead at her home in Brentwood, Los Angeles, California. Monroe was just 36 years old at the time of her death.

The news of Monroe’s death sent a shockwave to the general population; fans and regular citizens alike questioned how did Marilyn Monroe die? Immediately following the discovery of Monroe’s body, specialists conducted an autopsy, that revealed the presence of eight milligram percent of Chloral hydrate and 4.5 milligram percent of Nembutal were found in Monroe’s system. As a result of these drugs, Dr. Thomas Noguchi of the Los Angeles County Coroner’s office, labeled the cause of death as “acute barbitura poisoning” which was sparked from a “possible suicide.”

There a number of theories to ascertain how did Marilyn Monroe, including murder. The plethora of theories exist as a result of the circumstances of Monroe’s death and the timeline after the body was found. The theories, which have never been elaborated or proven, involve government agencies, organized crime members and Robert Kennedy—it was reported that the last person Monroe called was the President of the United States.

On August 8, 1962 Marilyn Monre was interred in a crypt at the Corridor of Memories at the Westwood Village Memorial Park Commentary in Westwood, Los Angeles. Joe DiMaggio, baseball star and Monroe’s former husband, took control of the funeral arrangements which consisted of roughly 30 close friends and family members.

Following Monroe’s death, the star actresses’ will left her close friend and agent, Lee Strasberg, her personal effects, which amounted to roughly half of her residuary estate. In turn, Strasberg stored Monroe’s personal belongings in a warehouse and will them to his widow, Anna Strasberg. This matter eventually drew great legal conflict, as various parties sued to obtain portions of Monroe’s estate and great assets.