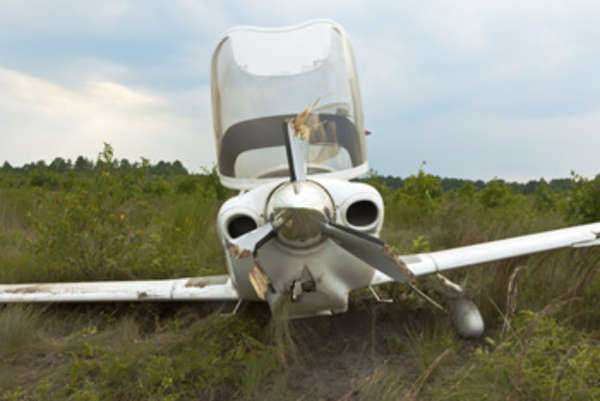 Jessica Dubroff was a 7-year-old media sensation who gained attention when she began taking flying lessons at the age of six. After receiving in excess of 66 hours of flight training, her father Lloyd and flight instructor Joe Reid decided to make an attempt to have Jessica Dubroff become the youngest pilot to ever complete a flight from coast to coast. On the last leg of the flight in Appril of 1996, the plane crashed while being piloted by Reid, killing him, Jessica Dubroff and her father Lloyd.

In the wake of the crash, an investigation into its cause was conducted by the National Transportation Safety Board. The completed report, issued in 1997, concluded that responsibility for the crash lay with Reid, who had taken off under unsafe weather conditions in a plane that was 96 pounds heavier than permitted. As a response to the events, Congress passed legislation designed to prevent similar attempts by making it illegal for a pilot younger than 16 years of age to be in direct control of a flight in all attempts to set a record.

In 1997, civil litigation relating to insurance commenced in San Mateo. The two parties in the dispute were the stepmother of Jessica Dubroff, Lisa Blair Hathaway, and Melinda Anne Hurst Dubroff, who had been married to Lloyd Dubroff at the time of the plane crash. After the crash, it was discovered that Lloyd Dubroff had purchased four separate life insurance policies, each valued at $75,000 a piece. Two apiece were in the names of Hathaway and Dubroff.

The first to file suit was Melinda Dubroff, who argued that she was entitled to not just the two policies in her name, but for one of the two policies in Lisa Hathaway's name. She argued she was entitled to half of the payments made on life insurance purchased for Hathaway under communal property laws. Dubroff also sued for half of $150,000 worth of gifts and property Lloyd Dubroff gave to Hathaway after their divorce.

Lisa Hathaway filed a countersuit seeking a minimum of $3 million from the estate of Lloyd Dubroff, citing child care expenses for another two children she had from her former husband. She also claimed that Dubroff had promised to provide for her fiscally for the rest of her life. The case was heard in December of 1997.

Melinda Dubroff's attorneys were the first to present their case and did so over the course of three days. Once they had completed, the attorneys representing Lisa Hathaway filed a motion requesting a dismissal of the case, which was granted by the judge. As a result, Lisa Hathaway was granted the right to receive all $1.5 million of the life insurance proceeds due to her. Dubroff's claim regarding her right to repayment of gifts and property given by Lloyd Dubroff to Hathaway following their divorce was also dismissed.

Fact Behind the Wayne Rooney Scandal