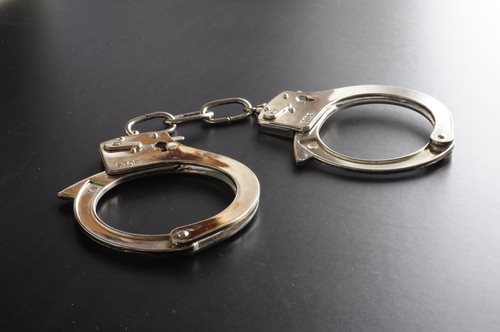 Nicole “Snooki” Polizzi, one of the stars of MTV’s hit reality show, Jersey Shore, was arrested during the filming of the show’s third season for disorderly conduct and public intoxication. The show, which has captured the 18-34 demographic (and beyond) embraces the “club culture” and commonly features alcohol abuse and ridiculous confrontations. On episode; howeve,r got a little out of hand as Snooki started drinking before the group ventured to their usual nighttime destinations.

Nicole “Snooki” Polizzi eventually drank to the point of severe inebriation; she became aggressive and stormed onto the beach, while talking utter nonsense. She was taken away by the police after becoming exceedingly disruptive during the filming of the hit MTV series. Police Officer, John Camera who was an arresting officer on the scene offered the following quote to the Star Ledger concerning Snookie’s Arrest: “She was being very disorderly on the beach, bothering other patrons here, when our officers went to deal with her situation, they found that they needed to arrest Snookie.”

Seaside Heights Police Chief Thomas Boyd said that Snookie was arrested at 3:23 P.M. on the afternoon of July 29, 2010 and charged with disorderly conduct—a misdemeanor in the state of New Jersey. Snookie was later released on her own recognizance from the police station at roughly 7:00 P.M. This was the second arrested related to the show—in Season 1, a character was arrested for fighting on the boardwalk.

Public Intoxication is a criminal charge occurs in the event that an individual – or individuals – are allegedly intoxicated in a public setting; furthermore, an individual can be charged with Public Intoxication in the event that they have traveled away from the vicinity in which the consumption and purchase of alcohol is permissible – upon entering a public setting, individuals are responsible for adhering to any and all applicable legislation:

Public Intoxication charges can include, but do not necessarily result from – criminal activity, damage, or public disturbance

The following terms and charges are commonly affiliated with Public Intoxication:

Open Container Laws: With regard to Public Intoxication laws, an ‘open container’ is classified as a receptacle used to hold or transport alcohol in an opened state; this suggests that the individual in possession of such a container ingested, or intended to ingest, an alcoholic beverage – however, applicable legislation vary in accordance with open container laws

“Drunk Tank”: An expression that is associated with an administrative, penal holding cell – or an additional method of confinement – in which individuals charged with Public Intoxication may be confined until they are presumed to be of sober mind(s)

What the Press Never Told You about the Chris Evert Divorce