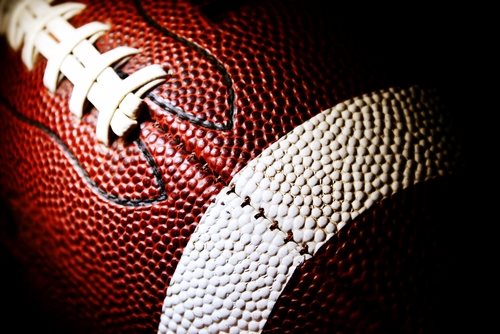 Who is Ben Roethlisberger?

Ben Roethlisberger is a quarterback in the National Football League; Roethlisberger is a 2-time Super bowl Winner from the University of Miami Ohio. Roethlisberger plays for the Pittsburg Steelers and is best known for his toughness, ability to perform in the clutch and his enormous stature. The toughness, which allowed the Steelers to win so many games, almost ended Big Ben’s career; Roethlisberger was in a horrific motorcycle accident (he wasn’t wearing a helmet) that almost killed him in 2006.

Although Roethlisberger has experienced great success in the NFL, numerous off-the-field problems resulted in a 4-game suspension to start the 2010 season. Roethlisberger, who was known as a partier, often abused alcohol and used his glorified status in an overly-promiscuous nature. The addiction to alcohol and the entitlement issue ultimately placed Ben Roethlisberger in precarious and dangerous situations.

On July 17, 2009 a civil suit was filed against Ben Roethlisberger in Washoe County, Nevada; the District Court accused the quarterback of sexually assaulting Andrea McNulty in June 2008. The report gave details that revolved around Roethlisberger’s intoxicated and aggressive nature while staying in a Lake Tahoe hotel for a celebrity golf tournament. Roethlisberger was cited as one of nine defendants listed on the docket report; McNulty could not obtain criminal charges against Roethlisberger due to a lack of evidence.

This suit, which sought $44,000 in damages from the quarterback, alleged that while McNulty was working as an executive host for the hotel’s casino, Roethlisberger called her and invited her to his room under by stating that the hotel’s TV had malfunctioned. When McNulty checked the TV and determined it was functioning properly, she claimed that Roethlisberger stood in front of the door, impeding her exit, then grabbed her and started to kiss her. In August of 2009, the Pittsburgh Gazette, published details as part of a motion filed by two of the other defendants named in the suit. In the affidavit, a former co-worker of McNulty claimed that the McNulty had bragged to her about having consensual sex with Roethlisberger. According to the affidavit, the co-worker also claimed that McNulty had revealed her hopes of getting pregnant with the star quarterback and expressed her willingness to travel to Pittsburgh to “run into” Roethlisberger. As a result of this affidavit and the lack of evidence filed against the quarterback, the charges were invariably dropped.

On March 5, 2010 Roethlisberger was investigated for his alleged sexual assault inside a women’s restroom of the Capital City Nightclub in Miledgeville, Georgia. The accuser, a then 20 year-old college student at Georgia College & State University, who had been hanging out with the quarterback for the majority of that evening. The young girl was taken to the hospital night after sustaining injuries to her face, head and neck. Roethlisberger, who spoke with police on the scene, stated that he did have contact with the girl that was not “consummated” but he did not physically harm her—the quarterback claimed that the accuser slipped and injured her head. When the accuser was treated for her injuries, an emergency-room doctor noted that a “superficial laceration and bruising and slight bleeding the genital area” was present—a rape kit was collected but no semen was recovered to create a profile or establish that a rape had taken place.

During interviews with the police on the night of the incident, the young girl alleged that the quarterback, after accepting an invite to join him in the V.I.P area of the club, encouraged her and her friends to drink an obscene amount of alcohol. When the girl became significantly inebriated, she claimed that the quarterback led her to the bathroom where he exposed himself. The girl claimed that Roethlisberger then had sex with her; at this time, the young girl’s friends reportedly tried to intervene, only to be thwarted by Roethlisberger’s bodyguards. On April 12, 2010, district attorney Fred Bright held a press conference to announce that the quarterback would not be charged in the incident due to a lack of evidence. Although Big ben avoided a trial and a subsequent prison sentence, a number of his sponsors terminated business deals and the league suspended the quarterback for the first four games of the 2010 season.

The Secrets of the Greg Norman Divorce