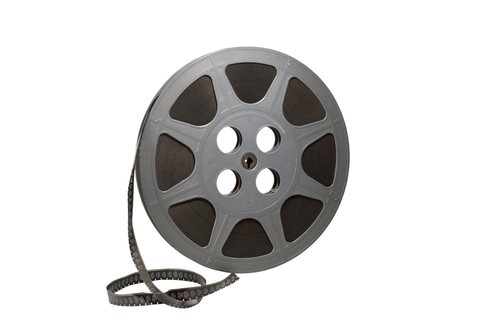 Who is Bob Crane?

Born on July 13 of 1928, Bob Crane as an American actor, best known for his performance as Colonel Robert Hogan in the hit television sitcom Hogan’s Heroes, which aired from 1965 to 1971. Crane was born in Waterbury, Connecticut where he was influenced by music, particularly jazz. On June 21, 1948 Hogan enlisted in the National Guard, but was honorably discharged shortly thereafter in 1950. When Hogan left the National Guard he started a career in Radio broadcasting. Although Hogan started out small, working for local radio stations, he was eventually picked-up by the CBS radio network. During this time, Crane married his high school sweetheart and the couple had three children together. Crane ultimately moved his family to California where he hosted the morning show at KNX radio in Hollywood. Crane filled the broadcast with wit, drumming and interviews with premiere guests such as Bob Hope, Frank Sinatra and Marilyn Monroe. Crane’s show quickly surged to the top ranking in the LA area. Crane eventually parla

In the spring of 1965, Crane was offered the starring role in a television pilot about a German P.O.W camp. The show, Hogan’s Heroes, quickly became a hit. Crane’s on-screen success propelled him to the pantheon of television stars. In addition to realizing an enormous pay increase, Crane went through significant personal changes as a result of the show’s success. The television star divorced his wife of 20 years and immediately re-married actress, Sigrid Valdis, whom he met on the set of Hogan’s Heroes in 1970.

During the mid-70’s Hogan’s Heroes was cancelled as a result of poor ratings. Disgruntled and frustrated by the cancellation, Crane was offered part-time and low-paying roles. With his career influx, Ben Crane’s life took a deadly turn in the late 1970’s.

During Hogan’s Heroes, illustrious run, costar Richard Dawson introduced Crane to John henry Carpenter, who worked with the video department at Sony Electronics. Crane and Henry over the next 4 years grew close as friends.

As a result of his position, Henry had access to early video tape recorders, which in later years, Henry used to photograph some of Crane’s sexual escapades with various women. On June 28, 1978 Crane, who realized what Carpenter had done, called the video technician to tell him that their friendship was over. The next day, Crane’s body was discovered in the Winfield Place Apartments in Scottsdale, Arizona bludgeoned to death with a weapon that was never recovered. Investigators on the scene described Crane’s body as savagely beaten; the body also had semen on it, which led investigators to believe that Crane’s killer had ejaculated on hm after the murder.

According to police officers on the scene, Carpenter had called the apartment several times and was not surprised that the police were there. Carpenter’s car, which he had rented the previous day, was ultimately searched where discoveries of blood smears were found that matched Crane’s blood type. DNA testing, which would have confirmed whether the smears were Crane’s or not, did exist during the late 1970’s. As a result of insufficient evidence, Maricopa County Attorney Charles Hyder declined to press any charges at the time of the murder.

The Bob Crane Murder case was reopened in 1990, where Carpenter was eventually placed on trial in 1994. Carpenter was ultimately found not guilty; he maintained his innocence until his death in September of 1998. Although authorities continue to believe that he was the killer, the murder of Bob Crane remains officially unsolved.

What Really Happened with the Eva Longoria Divorce

Is It True: George Lopez Divorced

The Inside Scoop of the Emmy Rossum Divorce Settlement