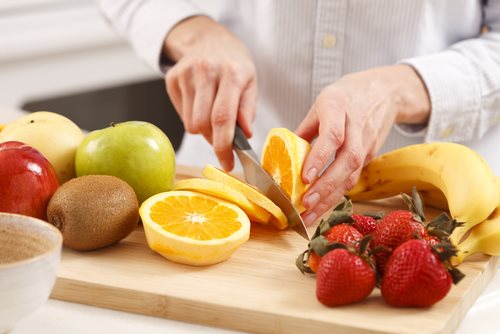 Taking place in 2004, the Martha Stewart Insider trading hearing was one of the most prominent and notorious of its kind within the realm of celebrity involvement with securities fraud, in which the beloved television personality and home décor expert was made aware of unauthorized and privileged information with regards to an investment in which she had made under the counsel of her friend Sam Waskal – Sam Waskal was the owner of the company whose shares Martha Stweart had purchased.

The Details of the Martha Stewart Insider Trading Charges

Sam Waskal owned the ‘ImClone pharmaceutical company who had been planning on releasing a revolutionary drug to treat cancer; due to the fact that the drug was considered to be highly-anticipated, Martha Stewart – who was in ownership of 4,000 shares – anticipated a large return. However, Sam Waskal had discovered that the Food and Drug Administration (FDA) – the regulatory body maintained by the Federal Government – was not going to allow for the release of the drug:

Presumably, the drug did not meet the FDA’s regulatory standards for medication. Subsequent to learning this, Sam Waskal conveyed this information to Martha Stewart, who quickly sold her ImClone shares in the fear of a huge financial loss as a result of the rejection being released

However, the information furnished to Martha Stewart was considered to be not only unavailable to the general public, but is indicative of potential increases or decreases with regard to that company’s stocks – insider trading is classified as privileged individuals party to information involving the trade and exchange of stocks outside of the knowledge of the general populace

Subsequent to her trial, the following punitive recourse was sentenced with regard to Martha Stewart and her criminal activity:

The Notion of Celebrity within the Martha Stewart Insider Trading Arrest

The Martha Stewart Insider Trading trial – akin to the vast expanse of celebrity hearings – run the risk for heightened notoriety for both the presiding judge – as well as for the legal venue – there exists supplemental considerations that are undertaken within any celebrity trial. Due to the fact that the public eye will be fixated on a celebrity trial, much like that public was during the Martha Stewart Insider Trading, the legal obligation of a judge is to exact justice in accordance to the precepts upon which the United States’ legal system was founded – in an unbiased and objective fashion:

Due to the fact that celebrities typically possess higher earnings and greater fortunes than individuals considered to account for the median members of society, the implementation of financial recourse – in the form of fines or fees – is considered by many legal professionals to be subject to inefficiency with regard to punitive recourse; within the Martha Stewart Insider Trading trial, many individuals suspected that the enforcement of a median monetary payment furnished by Martha Stewart would neither affect her finances nor serve as an effective punishment

However, since justice must be exacted in an objective fashion, other individuals claimed that prejudiced enacted with regard to the sentencing of celebrities – in the form of fines or fees that exceed those that would be exacted onto the median citizen of the United States – would be equally ineffective

Facts You Must Know About Joe Scarborough Scandal

What You Didn’t Know about the Jessica Simpson Divorce