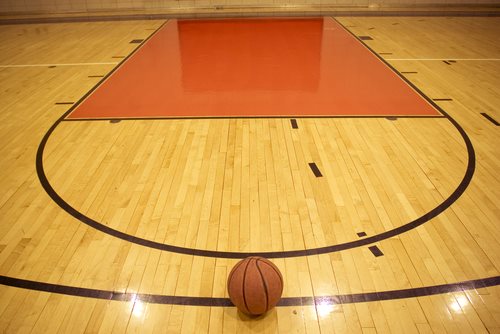 Dwayne Wade is an American basketball player who currently stars for the Miami Heat franchise of the National Basketball Association. Wade, who is known for his incredible athleticism and toughness, is one of the game’s greatest players. Among his accomplishments, Wade has won an NBA finals championship, a scoring championship and a gold medal in the Olympics. For these achievements and his talents, Wade is one of the highest paid players in the NBA. In addition to being a great basketball player, Wade is also a philanthropist and community activist; Wade is regarded as one of the nicest and most genuine players in the NBA. This reputation; however, did not stop Wade from getting involved in one of the messiest celebrity divorces over the past few years.

Dwayne Wade, who grew up in a rough area of Chicago; married his high school sweetheart, Siovaughn, before he rose to such great heights of super stardom. Together the couple shares two children, both boys. The divorce proceedings were initiated by Siovaughn who claimed that Wade had abandoned her children to lead a life of perpetual infidelity. These statements; however, were dismissed by Illinois courts, due to jealousy or supreme paranoia.

The Dwayne Wade divorce in the State of Illinois:

The divorce laws applicable to the State of Illinois undertake the following stipulations with regard to filing for divorce. In the case of the Dwayne Wade divorce, the probability of the enactment of a prenuptial agreement is quite low, due to the fact that the couple met in High School before Wade received any money for playing basketball. However, regardless of any or all expressed agreements existing in tandem with the divorce proceedings taking place within the Dwayne Wade divorce, the couple will be required to adhere to the following parameters with regard to the dissolution of marriage:

Reports released in news sources depicted the Dwayne Wade divorce as occurring in a messy and contentious manner; Wade’s wife claimed that the NBA star had cheated on her and had left her with the couple’s children. Wade’s wife also demanded an incredible amount of money to help deal with the dissolution of the marriage and the emotional pain attached to the tribulation.

Custody and Children in the Dwayne Wade divorce:

In early 2011, an Illinois judge ruled in favor of Dwayne Wade and offered the NBA superstar full custody of the couple’s children. In various interviews and comments to the media Wade expressed incredible relief in regards to the judge’s ruling.